Orwell Healthcare in the Headlines… 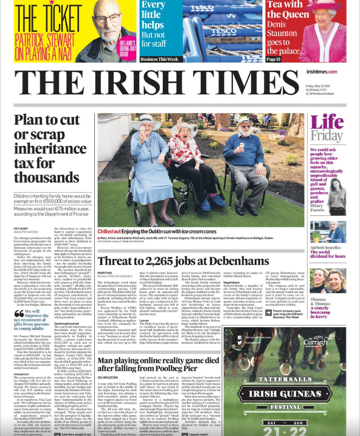 Since the official re-launch of Orwell Healthcare we have seen our name in print.

Firstly, the official opening hit the front page of the Irish Times on Friday 13th of May 2016

The project, which has created 180 jobs, was almost abandoned during the recession when the banks declined to put up the funding to finish it.

Jones, a former clerical student who bought the nursing home three decades ago when he left Maynooth seminary, sold his home on Elgin Road in Ballsbridge three years ago to bridge the gap. He says he has no regrets.’

You can read the full interview here with Peter : http://www.irishtimes.com/business/health-pharma/all-s-well-that-ends-well-as-orwell-medical-campus-launched-1.2652229